What can data do for your department?

At the 2016 March event we focussed on what data can do for individual departments and compared data across different departments within the same trust.

Our department efficiency checklist was introduced at our March 2015 event. The checklist aimed to provide departments with some areas to evaluate the performance of their rota.

Using the data available from both CLWRota and Medirota departments can track various measures that can be improved, reducing stress in the department and leading to improved efficiency.

The capacity information produced from the systems and the demand vs. actual boxplots reveal whether a department's templates (which represent the job plans) accurately reflect the service that is being delivered, measured in the sessions covered each week. 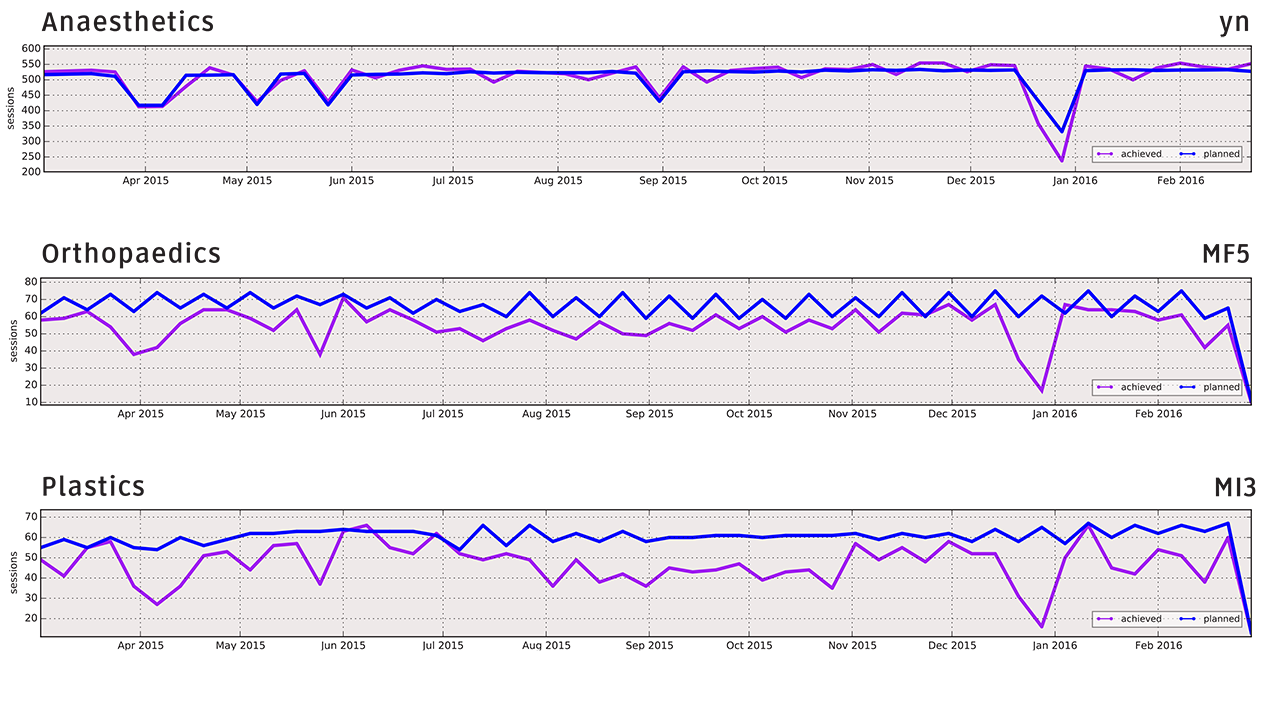 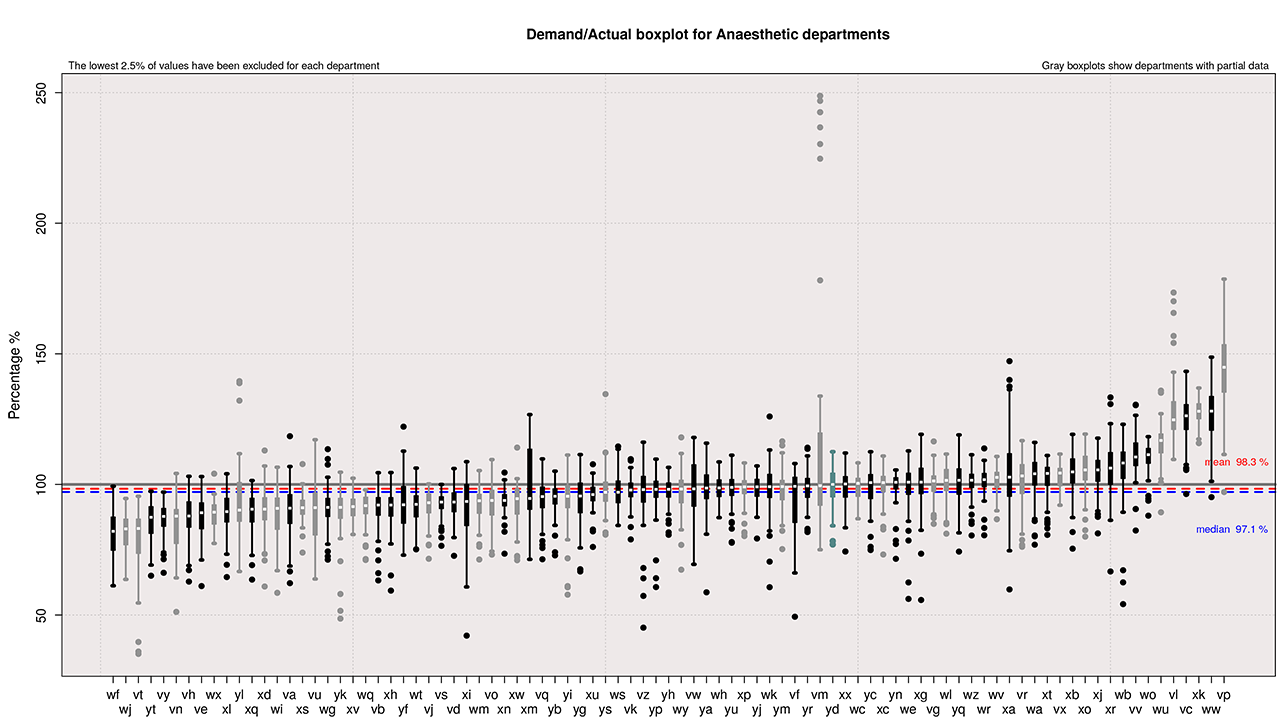 The demand vs. achieved boxplots show how similar departments across different trusts measure up against each other. The above example compares surgical departments, with the green bars representing clinic activity and the orange boxes representing theatre activity. The main cause for concern is the large variance present across a large number of departments, displayed by the total height of the box. A wide variance reveals the department's delivered sessions against those expected fluctuates significantly from week to week, putting undue stress on the department.

Another area where it is important to be consistent is the time ahead at which the rota is setup and published. Getting into a rhythm which is familiar to people within and without the department will again reduce stress and result in an improved department morale. 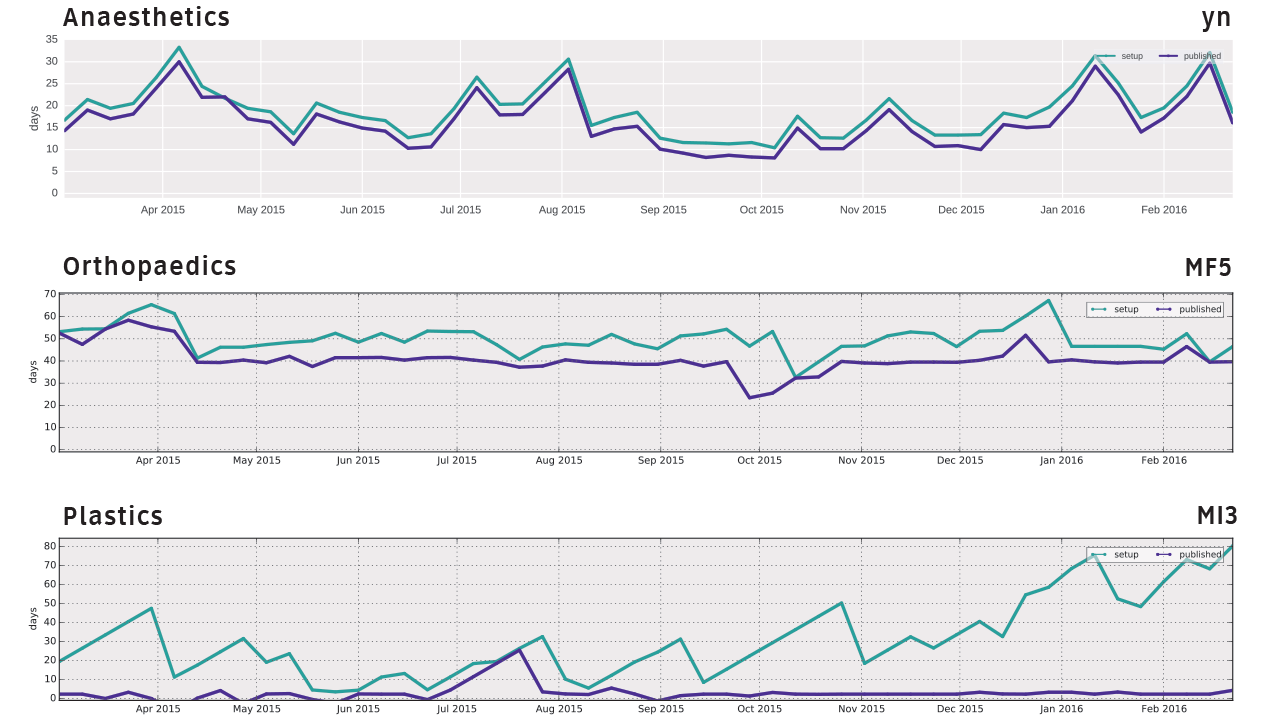 Fig 3. Setup and publish times at three departments in the same trust. boxplot.

The above charts show the number of days ahead the rota is being setup (green line) and published (blue line). We can see that the Orthopaedics department sets up and publishes their rota with the most consistency. The pattern in the plastic department shows a desire to setup the rota earlier and earlier but the publish date has stayed very consistent.

Heatmaps generated from the data in the system can determine if the solo or extra session rate fall heavily on a specific day of the week.

Fig 4. Heatmap showing the use of solo and extra sessions at two different anaesthetic departments.

Both CLWRota and Medirota provide tools to track staff productivity. The below normal distribution chart shows the performance of surgeons across all the departments using Medirota in both clinics (green curve) and theatre (purple curve). The figures indicate that theatres has a slightly higher percentage of productivity, which is notionally what is heard from departments where theatre activity is given the priority. 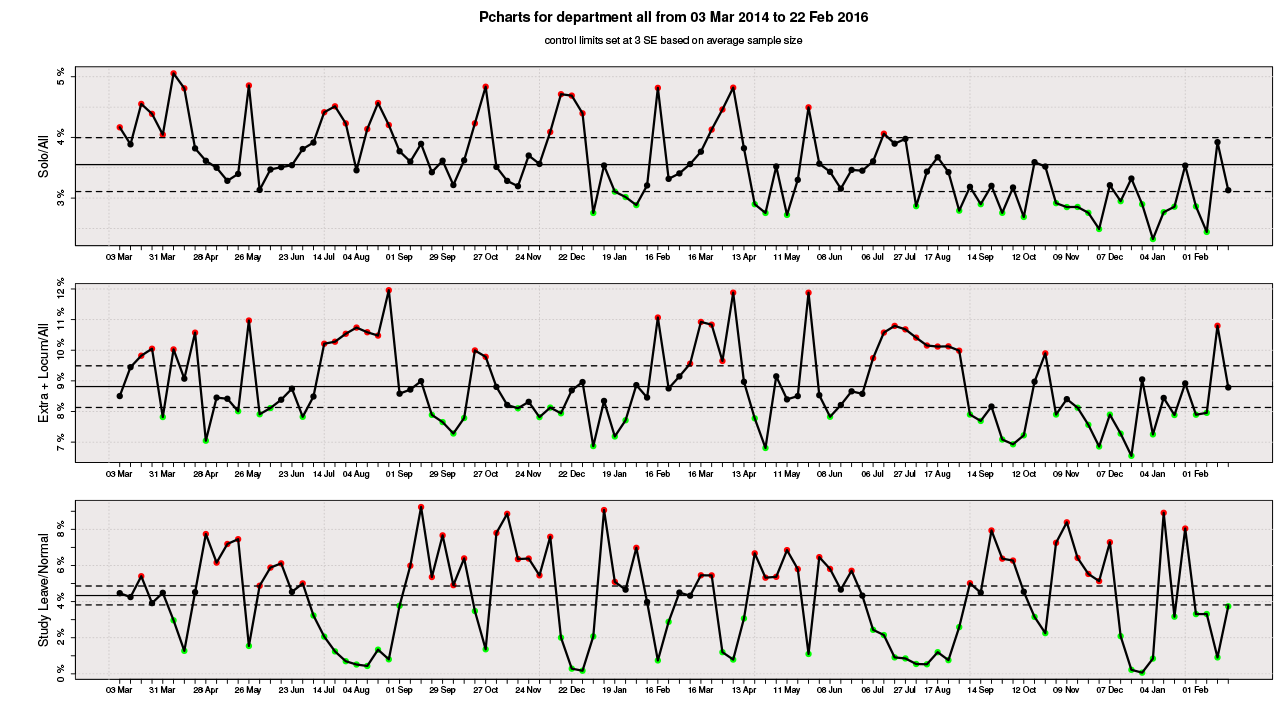 Fig 5. P-charts tracking the use of solo and extra sessions at two different anaesthetic departments.

P-charts allows you to see how a particular measure is performing over time. So they allow you to see if the use of extras and solos is trending up or down over time.

Ensuring your department has a good understanding of its capacity and uses its solos and extras consistently across the week, reducing variability should lead to an improved performance and ability to adapt to last minutes change more effectively.