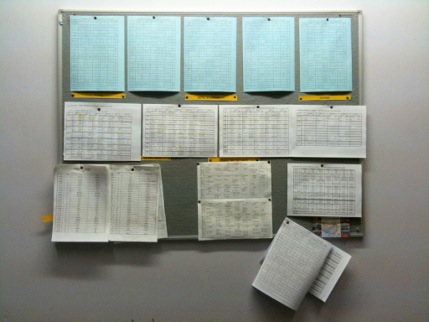 2007: Paper-based rotas at the Wythenshawe

Rotamap wasn't always known as Rotamap. With a background in architecture, Campbell-Lange Workshop (as it was known then) took its first steps in healthcare rostering in 2005. Working closely with Dr Neil Braude and Dr Nick Wisely at the Wythenshawe Hospital, Manchester, we set about designing a web-based rota system to assist with the complex scheduling needs of Anaesthetics departments. CLWRota began to take shape and, in 2007, went live at the Wythenshawe. A year later, we presented the system at the Torquay AAGBI conference and rapidly acquired departments across the UK, including Coventry, the Freeman Hospital in Newcastle and Chelsea & Westminster.

Live rostering had potential beyond Anaesthetic departments. In 2009, we began working with Birmingham’s Whittal Street Clinic. Europe’s largest sexual health centre at the time, Whittal Street’s needs were fundamentally different to those of Anaesthetics departments. Designed to allow large, multidisciplinary and multi-role teams to work in a coordinated way, we developed a second system: Medirota. Originally ‘GPRota’, Medirota's first surgical client was Royal Bolton in 2009, and it's been specialised to meet the needs of surgical, medical and ward-based departments ever since. 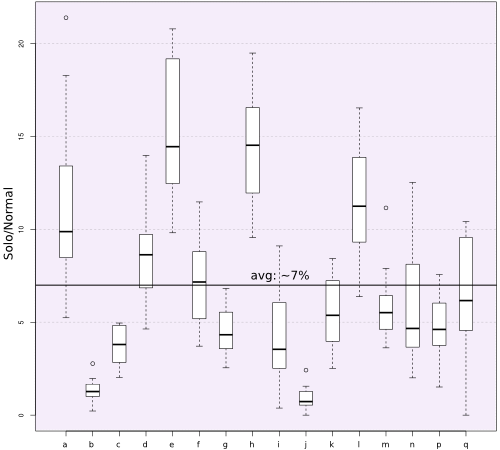 Working closely with clinical teams helped us to understand how our software could enable varied specialist teams to self-coordinate in a way that met their complex scheduling requirements. Through this collaboration, we also learned of their need for nuanced reporting tools to help them assess how effectively they were achieving their planned level of care.

In 2011, we presented our first benchmarking packs for Anaesthetic departments. Benchmarks provided departments with key performance indicators and how this compares with similar departments, allowing them to identify areas of improvement. UCLH, for example, comprehensively adjusted their schedule after identifying a problematically high number of Solo (trainee-led) sessions in the data. With the development of RotaMC (Rota Management Console) and capacity reports quickly following, reporting became a foundational aspect of our services. 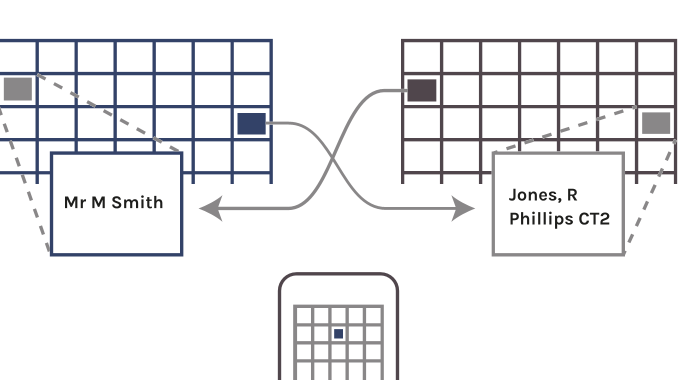 
The next few years were formative, as conversations with departments shaped our software and we worked to standardise features across our systems. We became more practised at implementing principles of good design: getting to the essence of complex problems with a simple solution, releasing it promptly and iterating with feedback to enrich functionality.

Our new leave requests system meant that clinicians could book leave and administrators could review, manage and monitor leave all through the same service. While this caused quite a stir when it was first introduced in CLWRota in 2014, it successfully gained proof of concept and was rolled out to Medirota shortly after.

We developed in-built messaging, alerting clinicians to late-notice changes to schedules. Released in 2014 in CLWRota and 2015 in Medirota, this simple feature has undergone frequent iterations shaped by user feedback, and is now integral to our systems. Simultaneously, our mobile app, allowing clinicians to view up-to-date rotas wherever they need to, was quickly developing as a means of interacting with these features in an accessible way.

May 2016 saw the release of Mapping, allowing departments to share and view live rota information across entire organisations. A central aim, driving our development goals since 2005, was to help clinical teams to coordinate and collaborate more effectively. Mapping constituted a large step in this direction, and it remains one of our most important milestones. A month after its release, we became Rotamap.

Now and the future


The 2016 Carter report changed the erostering landscape. It emphasised how the quality of healthcare can be critically undermined by hidden peaks and troughs in service delivery. Measurement and visibility of key performance metrics were established as vital for the health of the NHS, and Rotamap’s responsibility to provide the tools to achieve this was never clearer.

Service delivery in individual departments has implications for overall healthcare provision across NHS organisations. Acknowledging this, in 2017 we created our first Trust-wide arrangement with University College Hospitals London. Alongside Trust-wide rostering, we developed our Overview and Central Reporting services to provide live cross-organisational rota information and performance metrics. Now known as All Doctor Rostering, this arrangement sits at the heart of Rotamap’s services and has expanded to 13 NHS organisations across the UK. 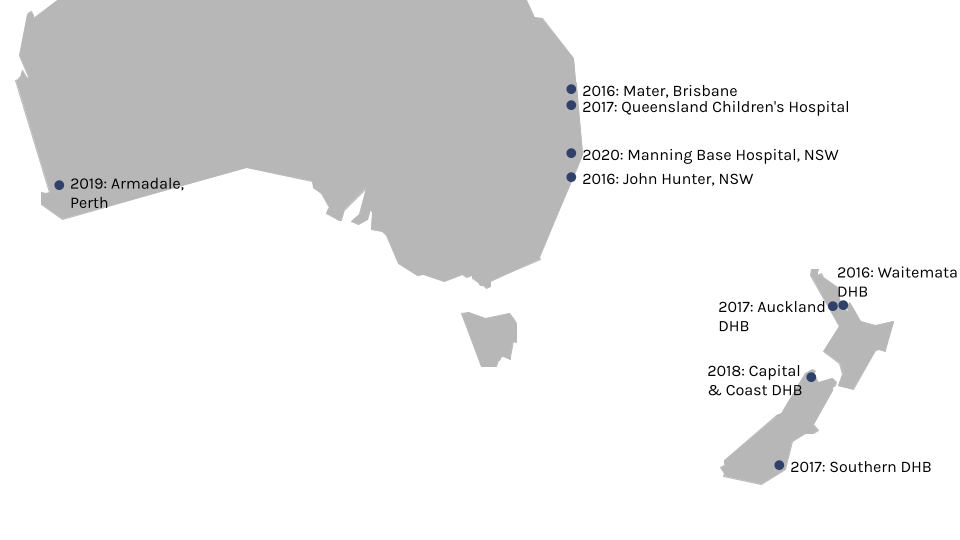 Principles of organisational efficiency and successful team-working are applicable across the world. In 2022, we reached a milestone 2000 international users across New Zealand, Australia and South Africa, and this continued expansion is one of the most exciting prospects for Rotamap’s future.

It’s crucial that we meet the ever-evolving needs of the healthcare sector. In 2018, NHSi built on the Carter Report’s concept of ‘best-in-class’ healthcare, introducing the idea that this should be supported by a network of best-in-class services; a ‘digital ecosystem’. We’ve been developing our interoperability for a decade through our PublicAPI and ESR integration, and we’re committed to playing a strong part in this digital ecosystem.

Read more about our approach to interoperability.

While our software continues to develop, the last few years have seen exciting internal changes at Rotamap. In February 2020, we became officially Employee Owned.

Together with the influences of innovative thinkers such as Jos de Blok, our experiences observing how professional teams operate in healthcare inspired our own development. We prioritised communication and collaboration, focusing on employee development, increasing transparency through open salaries and remodelling ourselves into self-managed teams. We developed a system of rotating directorships, allowing elected groups of employees to focus on long-term strategy for 18 months at a time while preserving our non-hierarchical structure.

This transition coincided with the greatest challenge to face healthcare in decades: the COVID-19 pandemic. Through rapid development of new features to accommodate mass leave, cancellations and short-term changes, Rotamap could step up to meet the urgent needs of departments. As we helped hospitals to navigate the pandemic, Employee Ownership undoubtedly helped to see Rotamap through this difficult time.

Read more about Rotamap’s response to the Covid pandemic

Becoming Employee Owned marked the start of a new stage in Rotamap's history. As we continue to grow as a company, we're looking forward to where this might take us, and how we can progress in our aim to help public hospitals to communicate and coordinate more effectively.