The Rotamap Spring Event 2019 was held at the Royal Society of Arts in Central London on Friday 22 March.

Rory Campbell-Lange and Nick Edgeworth opened the event with an introduction to this year's theme: achieving balance between organisational structure and departmental flexibility. They discussed the pyramidical organisational model developed by Alfred Sloan at General Motors in the 1950s, which is still frequently used in large organisations such as the NHS, and how Rotamap endeavours to bridge the dislocations that can occur when organisations are structured in this way. 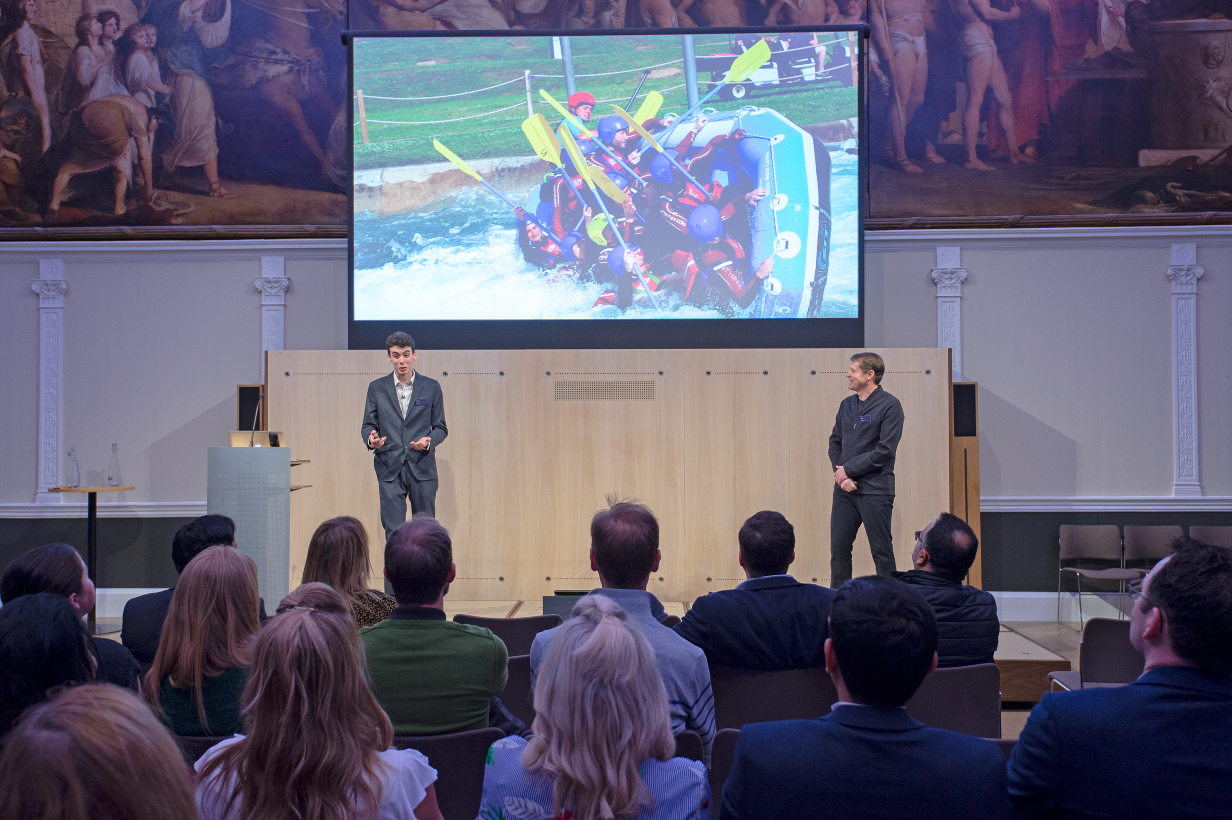 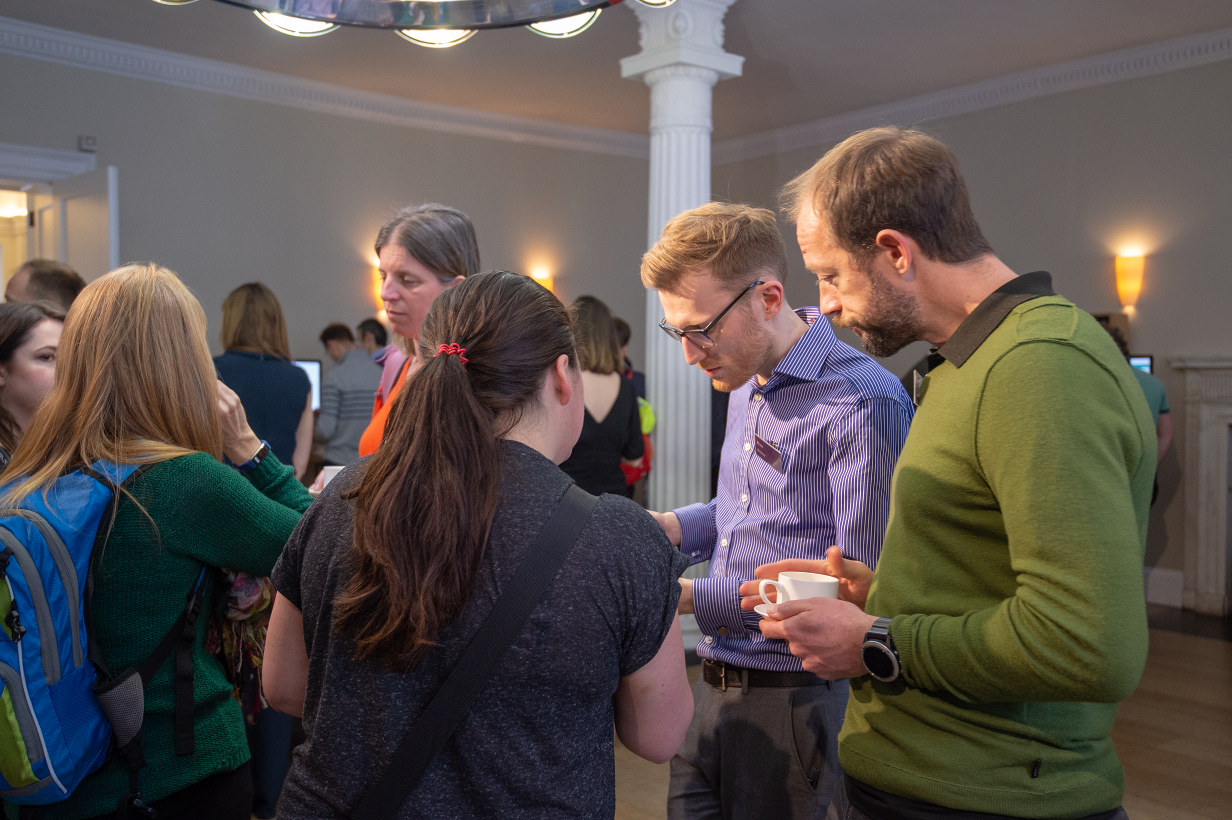 The audience were then provided with an overview of the last year's feature developments by Fran Mountjoy and Iona Wickens. Discussions centred initially around improvements to our iOS and Android apps, which include Clinician-to-Clinician Messaging, Push Notifications and Two Factor Authentication (2FA). They also presented the new Medirota feature 'By Person Editing', improvements to Medirota's Accounting Values, and our newest service, Central Reporting.

This was followed by the event's keynote speech given by Jos de Blok, the CEO and founder of Buurtzorg, the pioneering Dutch district nursing organisation. Jos discussed the creation of Buurtzorg and their central concept of the 'onion model of care', which was a response to his increasingly challenging experiences as a community nurse in the Netherlands in the early 2000s. Rather than using a traditional organisational structure, Jos explained that Buurtzorg thrives on the principle of the company having trust in its employees to self manage with no formal hierarchy in place, giving them the 'autonomy to do what is needed' and encouraging them to horizontally share knowledge and experience. Jos' talk was brought to a close with an engaging Q&A session led by Rotamap's Nick Edgeworth and Jacob Kirk. 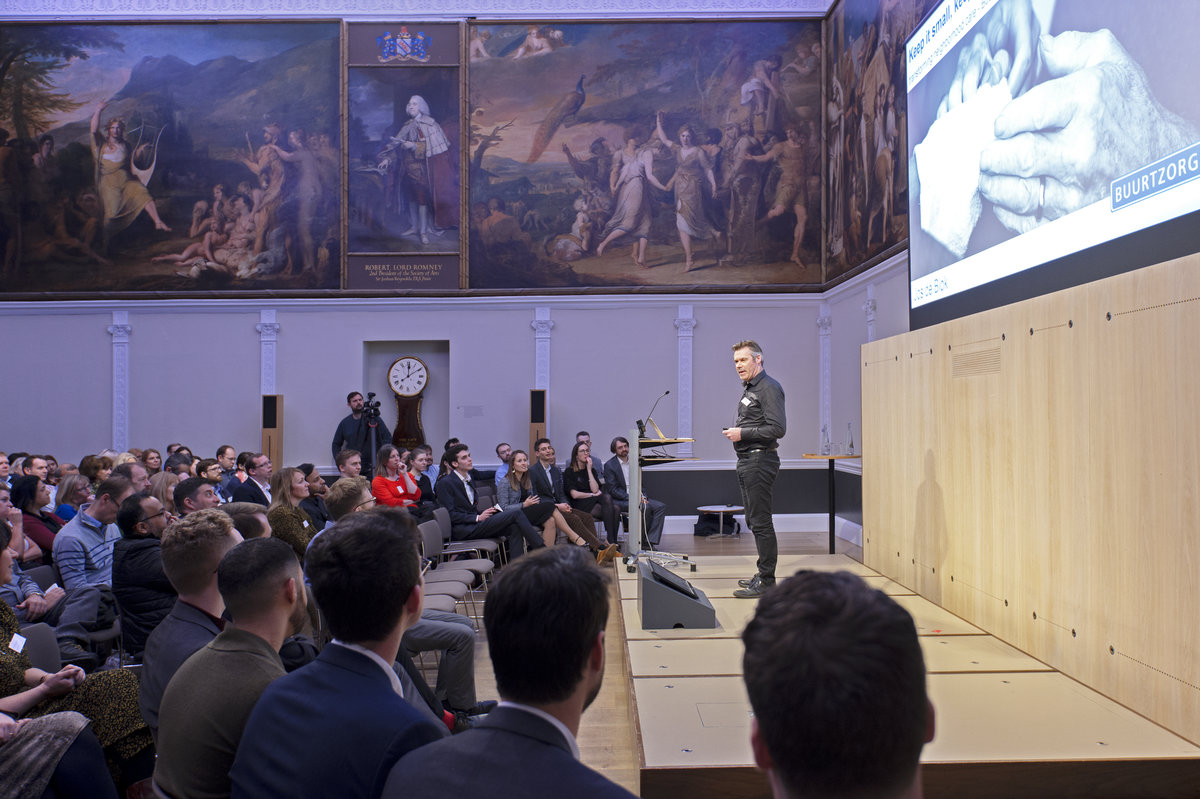 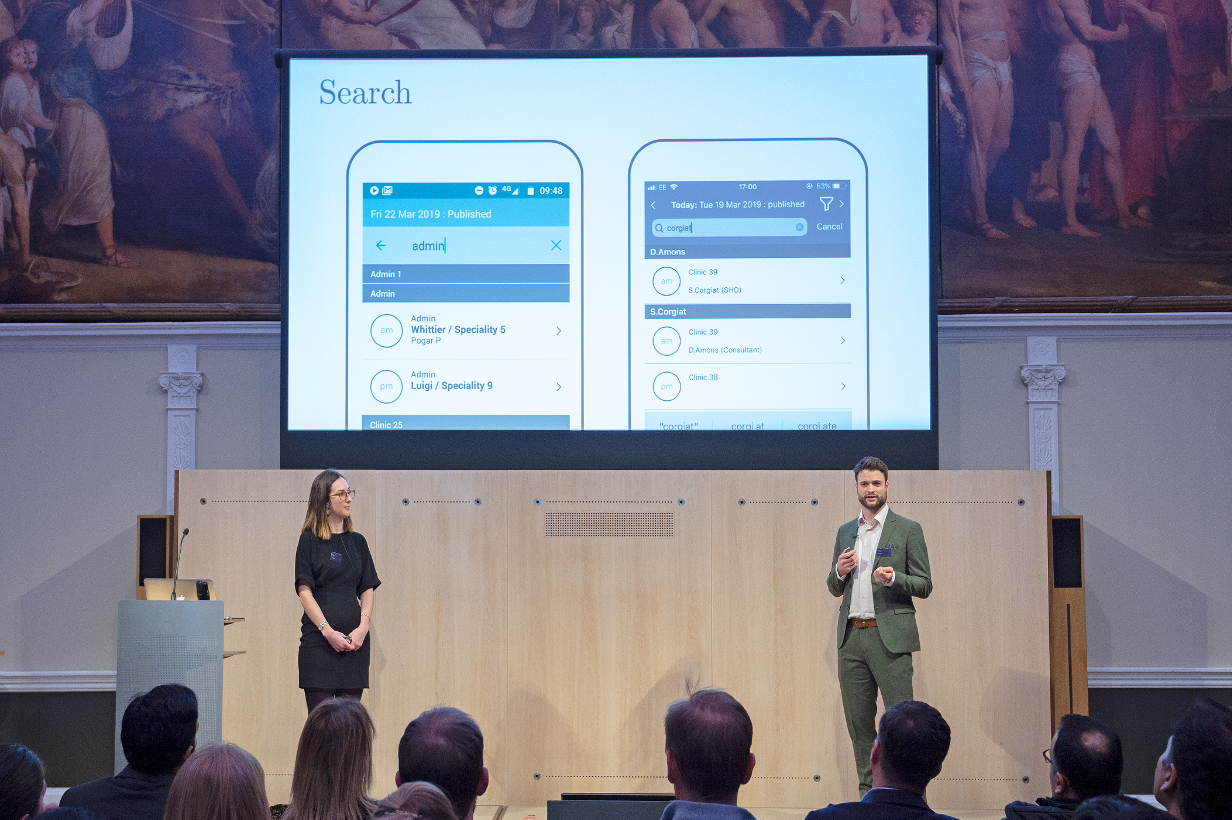 The first speaker of the afternoon session was Vicki Gibson, Assistant Directorate Manager for Surgery at Manchester Royal Infirmary. Vicki gave an insightful account into the process of implementing Medirota from a departmental perspective; she outlined departmental concerns both prior to and during implementation, the nervous anticipation of changing from current rostering methods and the immediate benefits the department gained from using Medirota. Vicki discussed how Medirota has contributed to a reduction in errors and improvements in both productivity and staff and patient experience in her department. Vicki also discussed what she envisions as the future for Medirota in the Division of Surgery at Manchester Royal Infirmary.

Following this, Tom Bermejo and Rachel Christie took the audience through the latest benchmarking data from both CLWRota and Medirota. They focused on the idea of capacity vs. demand in departments and the link between this and the use of extras, session cancellations and leave bookings. Tom and Rachel brought their talk to a close by demonstrating how a department's data could be used for projections of capacity into the future. The projection study was inspired by Corrina Davies' (of Royal Bournemouth, Christchurch and Poole Hospitals) talk at our Autumn 2018 event. 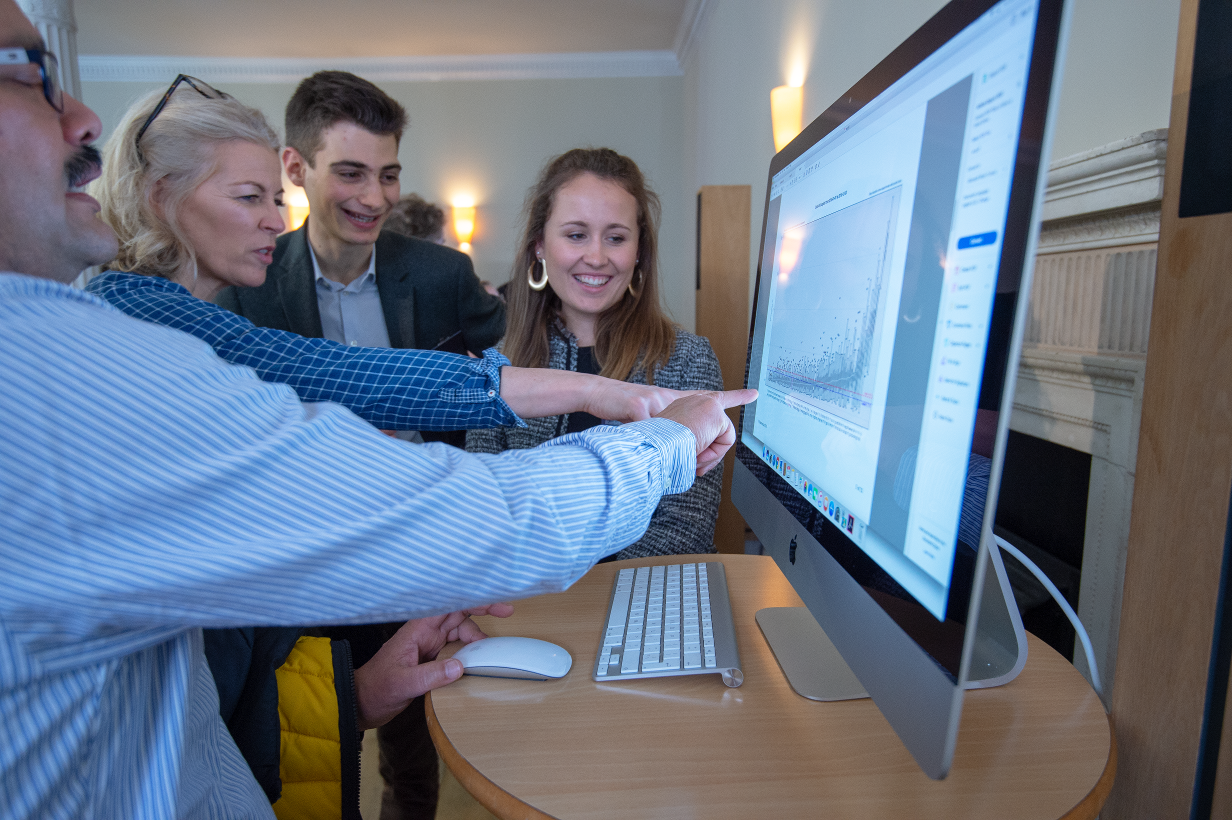 The final guest speaker of the day was Dr Mark Cox, anaesthetist at Chelsea and Westminster Hospital, and one of the earliest CLWRota users. Based on his recent presentation at the Association of Anaesthetists of Great Britain and Ireland (AAGBI) Winter Scientific Meeting, Mark gave an overview of his study into whether anaesthetists receive enough clinical training, for which he used data collected through CLWRota. The findings of Mark's research demonstrated a decrease in the training time received by anaesthetists across the period of analysis, from which Mark raised questions about how this could be adapted for the future. You can read about Mark's study regarding anaesthetist training and the European Working Time directive here and the study Mark presented at the AAGBI here.

Rory brought the event to a close by discussing the potential future directions of Rotamap and inviting feedback and discussion from both current and potential users. 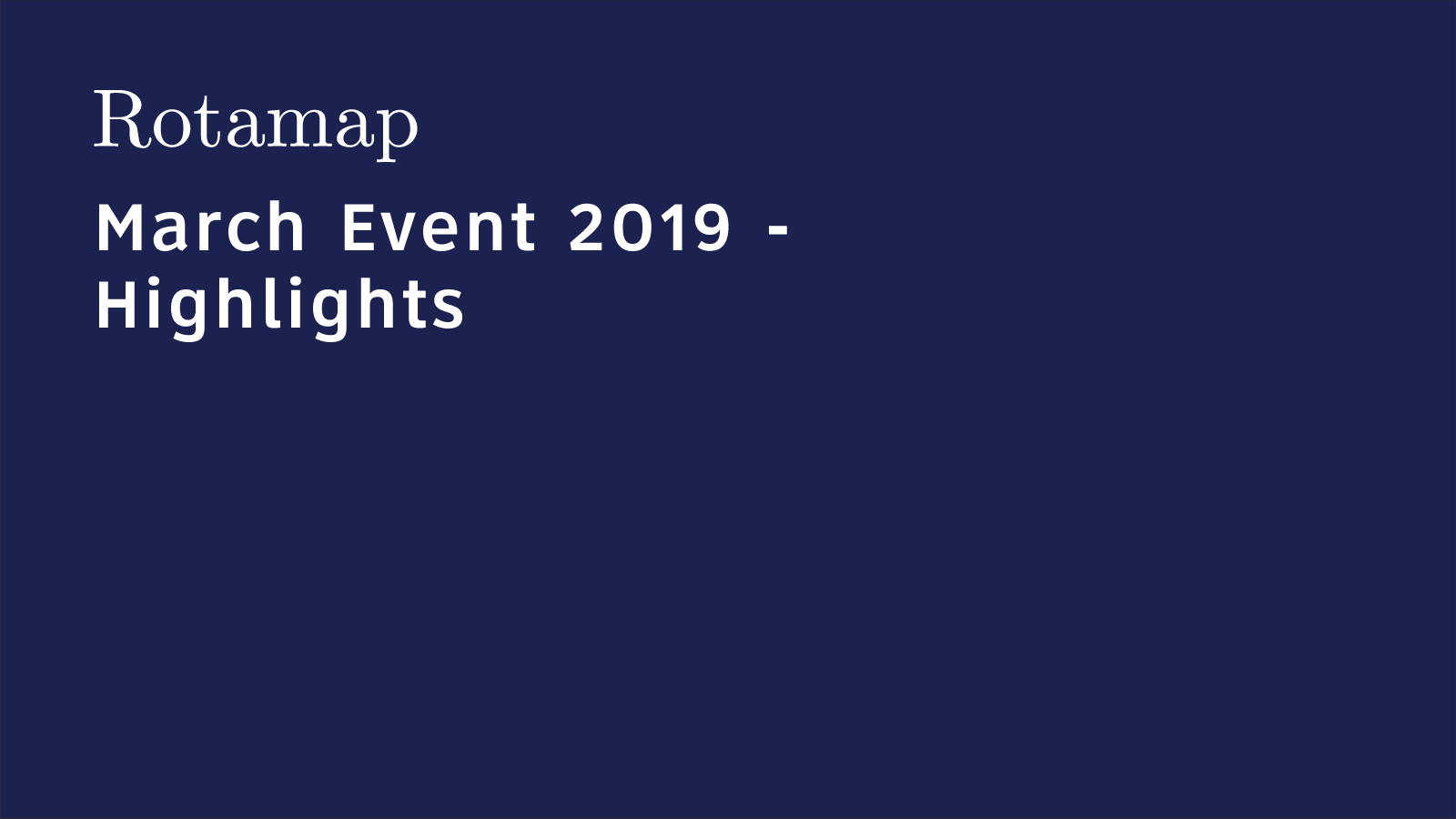 Highlights and main themes from the Rotamap March 2019 event

The agenda for the event was as follows: